This installation is a poetic response to the entire Oitij-jo project.  Architect Abu Siddiki’s vision was to connect and thread the venue with the rich history of the exhibitions being shown as part of Oitij-jo.  The conceptual idea looks to engage the viewer.  It is in the simplest of ideas that this sculpture took root.

This sculpture was realised with the help of the Leabank Project.
(images required)

10 yards of the Benarasi is a photographic study of the Benarasi weaving process dating back 5,000 years by Enamul Hoque.  This exhibition also included 4 pieces of 10 yard silks that the weavers of Mirpur, Dhaka produced with designs by Rukia Begum and Nasreen Raja as part of the on-going All Silk Yards of the Benarasi project led by Paraa. 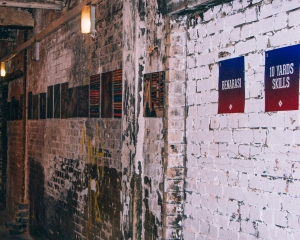 Jamdani
A photographic study of the the Jamdani pattern weaving process by Enamul Hoque.

Jamdani was historically motifs on fine muslin cloth consisting of geometric or floral designs. The designs are still being produced and in  recent times there has been an increase in its popularity.  However, today’s Jamdani product is rather different as the cotton used now is not as soft as it used to be in the past when Dhaka muslin was produced in great quantity and exported to most part of the then known world.

Jamdani is usually associated with saree, but there are Jamdani scarves, kurtas, turbans, skirts, handkerchiefs, screens and tablecloths as well.  In Dhaka, the art of making Jamdani designs on fine fabric reached its highest achievements during the Mughal period.  There were handlooms in almost all villages of Dhaka district.  Dhaka, Sonargaon, Dhamrai, Titabari, Jangalbari and Bajitpur were famous for making high quality Jamdani.  Traders from Europe, Iran, Armenia and other places  came to Dhaka to by these fabrics. The Mughal Emperor, the Nawab of Bengal and other aristocrats used to engage agents at Dhaka to buy high quality Jamdani for their use.

There are a variety of Jamdani designs and expert weavers do not need to draw first on paper.  However, they can incorporate most designs on a piece of cloths they are weaving.  Just give them a beautiful pattern and they will incorporate it in the saree or fabric that you order.

Jamdani sarees have different names according to their design.   For example, a Jamdani with small flowers on the fabric is known as Butidar.  If these flowers are arranged in reclined position it is called Tersa Jamdani.  It is not necessary that these designs are made of flowers only. There can be designs with peacocks and leaves of creepers.  If such designs cover the entire field of the saree it is called Jalar Naksha. Jamdani sarees are much sought after by fashion-conscious women for their elegance.  Bengal is a large hub of Jamdani saree suppliers and different kinds of Jamdani sarees are  manufactured and Dhakai Jamdani is one of them.  Dhakai Jamdani sarees are distinguished from others by its very fine texture and the elaborate and ornate workmanship.

Rupganj Jamdani Village is a cluster of small scale family based factories weaving beautiful sarees.  Most of the owners of the factories and weavers are following a long family tradition of Jamdani manufacturing.  It takes about one year’s training  to learn how to weave quality Jamdani sarees and factory owners rarely give full responsibility for saree weaving to trainees before completing the 12 month.  It takes about one week to produce a basic design, although a more exquisite design could take many months and the price also varies accordingly.  Jamdani is a saree for the special occasion.

These images seek to archive the different steps involved in the weaving process of the Jamdani  with the weavers. 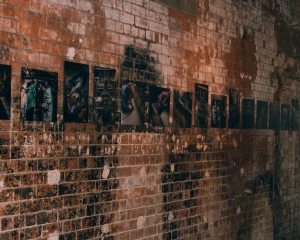 Bangla movies have always been popular and going to the cinema was until recently, one
of the most popular forms of entertainment. High drama, plenty of song and dance and
rags to riches stories were amongst the favourites and film stars were idolized. The advent
of video has destroyed the industry and many cinema halls are empty and being converted
into shopping malls. But people still remember the oldies and the film stars of old are still
popular. Some have successfully entered politics.

These posters have been commissioned by photographer Shahidul Alam for a project
where he will be taking portraits of ageing film stars using banners of films they were
famous for, as the backdrops.

The painter Sitesh Kumar Sur was born in 8 April 1963 at Shakhari Bazar, located in the
old part of Dhaka city. He studied up to class v. Shakhari Bazar has a high Hindu
population and was particularly dangerous to live in during the liberation war. After
liberation he started working at Shilpi Art Publicity doing odd errands where he learnt to
paint. In 1985 he started his own painting business in a partnership named Maya Art
Publicity eventually starting his own business in 1994-95 as Aka Art Publicity, also located
at Shakhari Bazar. The business was running well, however the advent of large format
digital printing (about seven years ago) ruined the business and the practice of hand
painting has disappeared.

Sitesh started other small businesses (fast food) alongside his painting business. He still
loves hand painting and takes on special assignments if a client comes up with an order.
He takes two days for him and his team to complete a movie banner, but knows that this
art will not survive.

He is married and has three daughters. 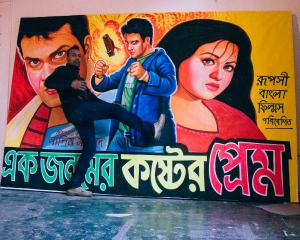 Fashion
The fashion exhibition marks a visual interface between traditional and contemporary Bangladesh and viewers are invited to weave their own journey through the installation.

The loom inspired design engages with the wealth of Oitij-jo Bangladesh, into which original Jamdani Sarees are woven together with contemporary garments advocating a creatively vibrant future.

This weaving of generational narratives becomes the stage for the choreographed fashion exhibits that are set against the exuberant backdrop of Bangladeshi film. 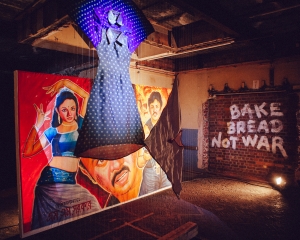 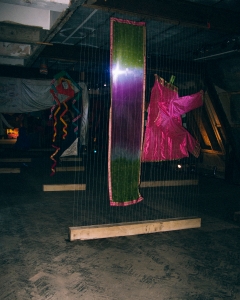 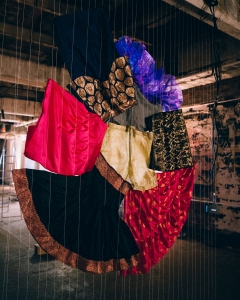 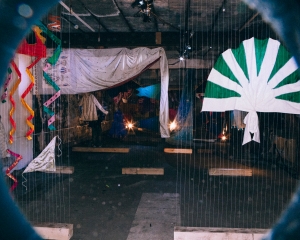 Saptagram is a photographic study by Shahidul Alam.

Saptagram the Seven Villages  Women’s Self-Reliance Movement, is a grassroots organisation which was founded in 1976. Three hundred women, most of them illiterate, had been working on a road building project in Bangladesh. They gave their thumb-print in return for wages and then realized they had been tricked – they got lower wages than they had agreed to work for. This convinced the women of the need for education, so as to secure their basic rights and Saptagram was there to help them. Saptagram is based on the belief that  women, once united, can work together for their own development. It aims to help deprived, landless women understand the causes of their poverty and oppression, to take charge of their lives and to work on income generating projects.  The organisaiton is run by women for women and now, some women who have been involved as members are being employed as workers I the project. Today, Saptagram has spread to over 900 villages reaching 22,000 members.

Women’s groups consist of 25-30 members and initially they begin by identifying their problems and concerns. The group usually engages in savings and credit practices which enables them to take loans for income generating projects. E.g. rearing poultry, instlalling tubewells for water, silk production. The women also get involved in collective action to challenge injustices affecting them. Other activities undertaken include education and health awareness programmes.

“Before we did not come out for work, except to work in the houses of rich people. We are now doing earth work, selling our products in the village market, even selling things from house to house. This could not have happened before. We cold have faced punishment. Village elders could even have turned us out of the village.” Saptagram member

Seri-cultre was a sector identified by Saptagram that could provide employment for women at all stages of production and it has become one of their most comprehensive income generating projects. The project has group members involved in mulberry plantation, cultivation of sapling, nurseries and cocoon rearing.

A silk production centre was established in 1986 and reeling machines for yarn production  installed. 183 women are employed in the centre and they have gained experience in reeling spinning, weaving, dyeing and twisting. 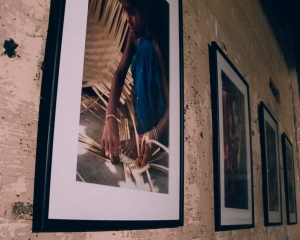 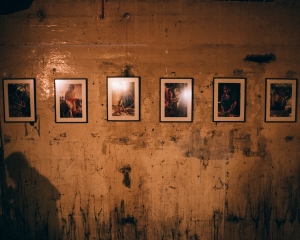 Dhaka Panorama
A photography exhibition shot on the iPhone by Enamul Hoque. 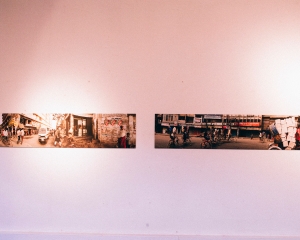